Summary: We aim to show you the theories behind the Collective Unconscious, to demonstrate reasons to assess it, and then show how you can monitor it yourself. 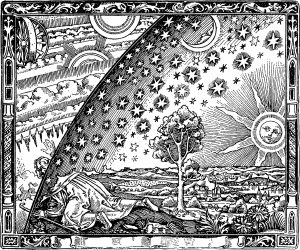 Ever heard of the “Collective Unconscious,” the “Collective Mind,” the “Collective Memory,” or how about the “Superconscious?” Who developed these concepts? Most importantly, do they hold any relevance to today’s world and our individual lives? In this article, we will demonstrate the importance of these terms by integrating historical figures who successfully harnessed its undeniable power.

Assuming all these labels are similar constructs, most people today would attribute the famous Carl G. Jung as the first to conceive it. After all, it was 1916 when C.G. Jung coined the term “Collective Unconscious” when referring to a collective set of inherited instincts and archetypes that transcend personal consciousness. What many people don’t realize is that several other professionals developed similar ideas, some of which preceded Jung’s work.

French sociologist David Emile Durkheim (sometimes considered the principle architect of modern social science along with Karl Marx and others) developed the term, “Collective Consciousness” in his 1893 work, The Division of Labour in Society.  This term referred to norms, beliefs, and values that formed the moral basis of an integrated society. “Social facts” was an even broader term that identified an independent existence of a coercive force upon the individuals of a society.

Also in France and in the 1890s, another polymath by the name of Gustave Le Bon was working on similar sociological concepts. He recognized a new psychological entity that arose from the formation of crowds, which he called the “Racial Unconscious.” It is important to note that the racial unconscious was not just a characteristic of the group, but rather he considered it a whole separate entity in and of itself, much like Durkheim’s social facts.

Le Bon was no dummy. He was credited with influencing incredible figures of history, including Hitler, Mussolini, Bernays, Roosevelt, Freud, Einstein, and more. He accurately predicted the atomic age several decades prior and won the Nobel Prize in Physics in 1903. His ideas were instrumental in bringing about great influence over massive populations by various leaders in the subsequent decades. The output that was derived from his work highlights the incredible power involved in utilizing and influencing the collective mind.

Now we move on to Freud, who won’t have a big presence here but his term “Archaic Remnants” is considered the link that Jung needed for the ‘primal horde’ and the ‘collective unconscious.’ Freud recognized a mental form in people that seemed to relate to nothing in the person’s own life. These forms seemed to connect to cultural, inherited, and innate ideas which were mostly, or wholly, unconscious to the individual.

And now we approach the aforementioned year of 1916, where C.G. Jung initiated the world-renowned concept of “collective unconscious.” He was talking about unconscious instincts (much like the Freudian Archaic Remnants), but he also included collective, universal symbols called archetypes. In 1936, Jung discussed the power of the collective unconscious, similar to Durkheim’s and Le Bon’s conclusions. Jung stated, “This collective unconscious…can only become conscious secondarily and which give definite form to certain psychic contents.” In other words, the group mind affects the individuals without their awareness.

About the same time these psychologists are making headway on their collective theories, the “Sleeping Prophet” was making startling discoveries in his readings. Edgar Cayce was not consciously aware of his readings as they were being spoken in a sleep-like state. His readings implied three states of mind: Conscious, Subconscious, and Superconscious. Humans are most familiar with their conscious awareness, but below their awareness resides a large spectrum of subconscious processes. Interestingly, the subconscious, according to Cayce, involves not only many of the bodily functions (like the autonomic system) but it also includes many of the non-physical phenomenon including dreams, telepathy, intuition, timelessness, etc.

More conventional theorists are still making amendments to these earlier proposals. For example, Rupert Sheldrake postulates the Morphic Resonance or Morphonogenic Field. He basically broadens Jung’s Collective Unconscious to include all life forms and not just mankind.

Why is the Collective Unconscious Important?

In 2014, the National Dream Center conducted a collective dream initiative called, “Project August.” Around 100 international dreamers began intending to dream about headlines that might manifest later in the year (target month was August 2014). They were interested in whether the group dreamers could accurately predict the future just based on intentional dreaming. In short, the team published 119 headlines prior to August and a whopping 101 of them came true with an average accuracy of 4 on a 5 point scale.

Although this project was not rigorous scientific research, the results cannot be ignored. If Cayce is right, these collective dreamers might have consciously accessed the superconscious realm through their subconscious dream material. The team itself utilized Jungian ideas of the collective unconscious by counting frequencies of certain archetypes in the manifest dream content (a Freudian term simply describing what the person literally dreamed.) The overlaps in the dream material seemed to accurately identify what the collective was obsessed in and thereby accurately created predictions for August.

Follow an obsessed mind (or person) and it isn’t hard to predict what the person is about to create in their life. Same with the collective mind.

Saving the Collective Psyche from what? 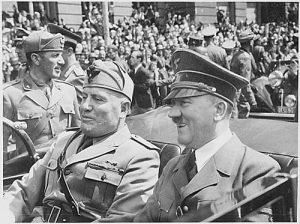 So how do we know what the collective psyche is thinking? CNN? Fox News? Alternative internet news? ABSOLUTELY NOT! News sites of all flavors are vying for your attention and they do that by invigorating fear and shock into the viewers to capture the masses’ attention and boost their own ratings. Thanks to these people, the collective psyche is currently being driven by fear….simply because of the sheer number of viewers who are watching or reading the news. This article is not suggesting that people shouldn’t stay informed, its simply saying that these are not good places to find the health of the collective mind.

We have agendas of big corporations to worry about. We have mass programming of ideologies and core beliefs. We have people all over the globe either consciously or unconsciously making huge waves in the collective mind. In a way, they are all competing for the collective momentum.

5 Reasons to Pay Attention to the Collective Psyche

How to Assess the Health of the Collective Unconscious

The National Dream Center developed the DreamBot and Project CO-MIND to do exactly this:  To assess the daily health of the Collective Unconscious. This DreamBot scurries around the web reading dreams everyday and consolidates the linguistics from all those public dreams. The daily results are used to create a daily collective influence report called Project CO-MIND and are posted here. In the pictorial report, the words that surged the most in the dreams are listed at the top. The DreamBot is a derivative algorithm that was originally created by George Ure and Grady (www.urbansurvival.com).

Several of our theorists above, including Freud, Jung, and Cayce all discussed dreams at length in their work. Dreams are primarily the subconscious symbols “leaking out” into conscious awareness (or at least for those people who remember their dreams.) And if our theorists are right about dreams and the subconscious, then we can safely hypothesize that collective dreams are a direct representation of the collective psyche!