On October 19, 2014, one of the most mysterious DreamBot runs took place, and one of the linguistics phrases that stood out (but the translation was impossible to ascertain at the time) was “American theater football escaping religious asteroid.” As it would turn out, each of the big words in that linguistics would get time in the limelight, and all of them in recent days.

One of the hardest aspects to peering into the future is nailing down dates and times. Some people who do this work simply leave out calendar dates altogether and just look at sequential events in terms of time markers. For example, taking that Oct 19th lingo, we appear to have 3 event markers: Theater, Football, and Asteroid. If we can lay all this out linearly, and we know two of the points, then our line might point to the third event. My hypothesis is that we now have two event markers, and I’d like to outline the data points to hopefully guess about how the linguistics might be predicting a third event.

The first and easiest item is “Escaping religious asteroid.” The big buzz in the celestial realm is that an “Asteroid to swoop by Earth on January 26.” Although I have read some sites where they insist this asteroid will actually hit Earth, NASA (which stands for Never a Straight Answer) suggests that the “Big asteroid won’t hit Earth.” The point of this discussion isn’t whether the asteroid will hit, but rather either way, we’re staring right into the linguistics of “Escaping religious asteroid.” By now, the hubbub surrounding the Jan 26th close pass has made Asteroid #2014 UR116 somewhat analogous to a religion in and of itself. For example, doomsday expose warns of “100 YEARS of killer strikes starting in 2017.”

Alright. 1 of 3. The asteroid event predicted by the linguistics happens January 26th. Next up, Football.

If you haven’t been in the forums or paying attention to the bot runs in weeks past, we’ve had a strong emphasis in Football, Bowl Games, even the games’ moderators, also known as Referees, aka Zebras. Well, the biggest bowl of all is coming up just days after the Asteroid pass. Super Bowl Sunday is slated for February 1, 2015 in Glendale Arizona. Is anything going to happen there? Well, probably not out of the ordinary because we’ve already had the Gunfire incident that was awaiting a bowl game, exactly as predicted by the lingo on 12/20/14. So this granddaddy bowl game (the Super Bowl) will probably go off without any abnormalities. The reason we bring it up is because of a time (or event) marker.

Oops, almost forgot another time marker with TOM. On January 4th, we saw “January closed 2015 up Tom.” Yes, of course, there are billions of Toms around the globe, so which one would make big headlines around the time when names typically come true from the time it shows up in the dream linguistics? None other than AFC Champs, New England Patriot’s quarterback, Tom Brady. Check out the timing on the linguistics…”January closed.” The Super Bowl takes place on the first day after January is closed! “Up Tom”….what else could that possibly mean? Winner Tom. Patriots win and Tom Brady soaks up another MVP award at the biggest bowl game. 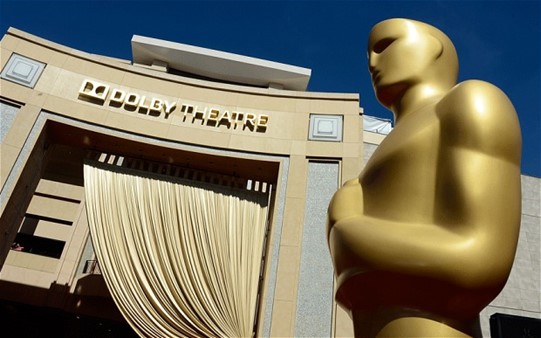 What in the world does theater have to do with Asteroids and Football? In short, nothing (in this case anyway). We’re looking at event markers. After the asteroid misses and after the biggest bowl game and possibly after “Up Tom,” the next axe to fall is the theater meme. In that original linguistics that started this compilation, there really was no indication of what might take place in the theater. It just says, “American theater.”

Just like we’ve seen in so many memes in the past, the lingo hints at something ahead of time and then the details tend to come to the fore in subsequent runs–I believe this is what is happening now. The October 19th phrase told us the event markers, and then we started getting individual details thereafter. Theater is one of those.

Unless I’m missing something, the theater/concert/entertainment venue meme started on Saturday, January 10, 2015 with a very definitive Red Alert. The two main themes in that Red Alert were: 1. Entertainment Venue (Dance, Arcade, Song, Concert, Guitar, etc.), and 2. Major Action (Action, Gun, Remove, Chased, Fireworks, Jump, etc.). Therefore, the hypothesis based on that Red Alert was that some sort of major action at an upscale type venue might take place (Academy Awards? A movie premiere? A very popular concert?). There was a small element of youth in the verbiage, with the surging word, Arcade.

The regular readers will know that linguistics can easily come true based on nothing but just the linguistics. However, when linguistics overlaps with actual dream content, we know that the probability of coming true becomes much higher. Interestingly, dreamer “Iris” had a couple of relevant dreams just before and just after the original October 19th bot run. Her first dream took place at a very glamorous entertainment awards ceremony, and she was afraid of some apparent contagion (illness). Her second dream was at a Brittany Spears concert, where everyone had to evacuate due to security issues.

Alright. Now that we have the facts laid out, what does all this mean? This situation is rather non-standard in that we first have the time aspect to the equation, and now seeking more information for the What and Where. That’s what we’ll explore briefly here.

Exploring the Action at the coming Entertainment Venue

There are several possible venues that could fit the bill for a February (?) or March (?) action-packed event at a big-time entertainment venue. Let’s go in chronological order. First up, Paris.

Headline Drudge on the 18th is that Paris is stepping up security measures at the city-wide fashion shows. These types of events are well known for attracting glamorous people, just as the linguistics implied. http://news.yahoo.com/security-boosted-paris-fashion-161404782.html;_ylt=AwrSyCT08LtUcQMA62HQtDMD However, the urgency on these events indicate the timing would actually be prior to the Big Bowl game (Super Bowl) and the approaching asteroid. Is that plausible? Well, technically, it was Theater (i.e. Entertainment) that actually came first in the original linguistics, so if this comes first, we’re looking at the 20th of January for some sort of Paris fashion disaster (or some dynamic event/reaction at the fashion shows). The 20th is simply a linear line from the Super Bowl (Feb 1st), drawn back to the asteroid miss (Jan 26th), and then a straight line to the 20th.

But this isn’t the only option here. Option number 2 brings in yet another dream, this time from Eagle, who dreams of the deceased Hollywood actor, Phillip Seymour Hoffman. This dream was incubated to see what was going to happen in New York City in 2015. The dream is packed with metaphor and may imply some sort of Nazi-type motif down in Tucson, AZ. If the Entertainment meme isn’t yet apparent here, we can begin with the main character, Hoffman. It goes without saying that this ex-actor could easily symbolize entertainment, but if you’re ready, here’s the humdinger, complete with even more linguistics overlap.

An anonymous reader responds to Eagle’s dream with something way out in left field, but it actually matches the action-packed linguistics, especially the terms Entertainment, Fireworks, and Hitler, Without beating around the bush, I’ll simply copy the whole response here:

===================================================
Philip Hoffman starred in “The Master” a loose story about L. Ron Hubbard and Scientology. This month, January 2015, a documentary about Scientology opens at Sundance and another will premiere on HBO in the early Spring. IN many of the books about people escaping the use of motorcycles is featured prominently. The current leader of the group in real life is a man called David Miscaviage who likes to boast of his great motorcycles and chase people held in their prison in Hemet CA with his motorcycles. It is reported as a very draconian, sociopathatic leader who beats the members, and is ruthless in his control over the members. Very “shark”-like behavior. With all his posturing, he is a very tiny man whose bellows are loud to the cult members but silent to the world. They are shown in court documents to be very ruthless in tracking, suing, harassing anyone who dares speak out about the inner workings of the cult. Several books and websites cover these details. They were raided by the FBI for the largest government infiltration by a group with exception to the Soviets. A very Hitler -like organization. Might be your dream is referencing this line of events symbolically? The damning documentaries will also be playing in NYC and select cities to qualify for awards. Could be the cities where these docs play are the tip of an iceberg that brings world attention to the insane, Hitler-esque draconian cult aspects of this group?
===================================================

I was able to confirm that the first premiere on this documentary is due out this month, but I couldn’t get a specific date: http://www.sundance.org/blogs/news/premiere-and-doc-premiere-films-and-special-events-announced-for-2015-festival If this option unfolds as the action-event for the Entertainment meme, then I’d have to agree with the reader that the premier would just be the “tip of the iceberg.” I would think that any ensuing fireworks would manifest in the next few months after public consciousness is flooded with insight on Scientology. Before we move on, just realize that DAVID popped in the collective dreams to 63% higher than its all-time high (note that David was implicated in the reader’s response…he is the current leader of Scientology). That surge of “David” was on January 12th of this year.

And now, the granddaddy of ’em all. Incidentally, this one was the first option identified by dreamer “Aneunayme” in the aforementioned Entertainment Red Alert forum.

Specifically, the 87th Academy Awards, or “The Oscars” will be held on February 22, 2015, and there already is a whole lot of buzz on this very glamorous event. There are countless headlines calling the nomination process “The Biggest Snubs of All Time”

And then we have all sorts of emergency meetings and recants (Al Sharpton anyone?):

And then what’s the other guarantee whenever anything racial happens in America…the White House steps in to save the day:

And then there’s Oprah supporters and the Selma cast taking it to the streets: 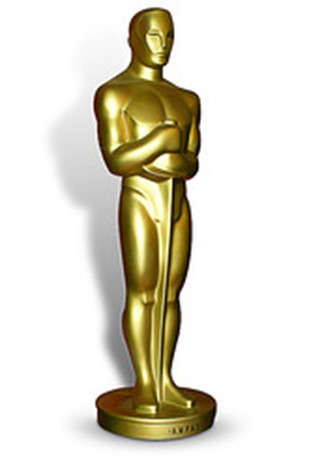 In conclusion, it appears that the Oscars option seems to be not only the most plausible and the most saturated of all these options, but it also seems to be the most congruent with the various overlaps in dream language and symbology. This is really the first time we’ve attempted an event-based time marker prediction, and if something does happen in this Theater/Entertainment meme, it will probably be between now and February 22nd. But will anything happen at all? Check out this bizarre hypothesis based on our new event-based protocol:

Perhaps event-based predictions require the precursors to actually unfold correctly before the next event can even take place. It appears that the asteroid has a 100% chance of making a near pass, so that will happen as indicated. The Super Bowl will have a very high possibility of happening also.

But what if we make this puzzle even stricter?