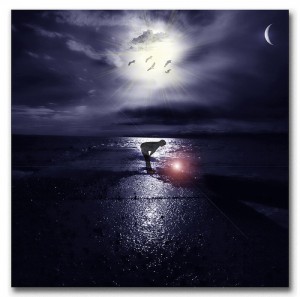 The vision right now is to produce at least one DreamForecast each week here at the National Dream Center. DreamForecasts are speculative analyses of collective dreams (both in our own DreamBase, and others around the world) captured within the last week or so.

And so it begins…Finally! I believe we’re finally on track with the original vision of the designing duo (Ure/High) of this site….they clearly recognized the predictive power of dreams.

Let’s take a second to identify how we’ll go about this process, just to hopefully “prove” that I’m not just pulling this straight out of my @..

Every step in the process will feature dreams, but not just any dreams, and certainly not just our own DreamBase dreams.

First, we start with the question “Where are we?” We have to know where we are to properly determine our trajectory and where we’ll end up. That’s the goal of our weekly “The State of the World” report.

This week’s State of the World report discussed our heavy collective involvement in an endless loop or routine. The word was “Around,” and rather than signing it off as really boring, we identified, through only our recent collective dreams, how we are all itching at the bit to “Go Walking.” In other words, we’re tired of the routine and are ready for something truly new that won’t be classified as a form of escapism (drugs, tv, video games, etc.). If any of this sounds confusing, please take a quick gander at that Monday report.

…and the punchline to the whole report was summarized by the #1 color from last week’s dreams….WHITE. This would be our starting point for Future Look…

White represents: “In color psychology white is the color of new beginnings, wiping the slate clean, so to speak. It is the blank canvas waiting to be written upon. While white isn’t stimulating to the senses, it opens the way for the creation of anything the mind can conceive.”

Need anymore evidence? Humanity is just about to break out of the endless loop, but how you ask, and WHEN?!

After figuring out where we are, we return to the same dream analysis from the last report. Are there any topics that have moved up or down in the last few days? Is there a trend anywhere (this will be our first indicator of future events)?     YES, there is!

The word “car” falls off the map completely, while “house” remains. This is a huge move, and when we get to other linguistics, this could be trouble. Can ‘trouble’ and ‘white’ coexist?

Another major trend…out of nowhere, the word ‘night’ leaps up to number 18. Although walking can be done at night, I think most people are less apt to be “going walking” at night. Therefore, it pains me to say it, but I think our urge to get out of the routine is being tempered for the moment. Yes, indeed, back to the treadmill, folks…round and round we go (again). Sorry about that.

One more indicator here is the emergence of the push pull relationship again. I see two opposites near the middle of the dream words hierarchy. They are: 1) going and 2) coming. Going-Coming. There you have it. We’re still not out of the effects of the Grand Cardinal Cross yet.

Now we look at the direct dream symbols/events to see how they mesh into our predictive dream linguistics. This step can only be accomplished after the big-picture linguistic work is complete.

One of the big themes in our recent dreams is that of people running away. Now, I can’t stand using dream dictionaries, because only the dreamer can determine what each aspect of the dream means to them. However, we aren’t interpreting individual dreams here. We are taking a collective view of all our dreams. Therefore, here’s what the general idea is about running away in dreams:

So, put this at a collective level and …what are WE afraid to face collectively? I already know the answer, but only Project August participants will get to find out. Incidentally, we had one PA dream that explains this dream symbol to a T.

Next, the number 3 is strangely apparent and obvious. There’s a three-scene dream, one dream with the number 21 as the centerpiece (which reduces to 3), another with 3 destinies, and another with 3 disasters. In the numbers circles, 3 stands out as imaginative and creative. This is great news for those who want a new paradigm, but there’s too much stacked up against them. In fact, here’s another contradiction that should take us nowhere: on the one hand, the three pushes to create and express something new, but from the linguistics, we’re back to the same ‘ol, same ‘ol routine because the cycle is nighttime.

So, now we have Going against Coming and Creative against Routine. In the next week or so, don’t except anything tumultuous or new. If George’s war on Saturday is correct, I’ll eat my words.

Now, another interesting trend in our DreamBase is that of water. Although one of them is a Project August dream, we’ve already seen how the time aspect is very delicate and these things can occur early or late…who would’ve guessed? Anyway, these aren’t just any ordinary water dreams. Both dreams indicate some sort of peninsula/atoll/shoreline and both have a wall or bulge of water. Folks, there’s an uncommon tidal phenomenon on its way into our reality. Where will it be? Only Project August players will know this unless it happens before August 2014.

We also have to honor Jan’s dream about an armed battle at Costco. I suspect that we won’t be seeing both items (armed warriors and Costco) together in the same scene, but you never know in our crazy world. This dream does have a sort of predictive feel to it, and I believe it might be viewed as an indicator of the inner workings of US corporations, perhaps even Costco itself.

Sadly, Ablelba’s dreams are a mixed blessing. His “returned bandaged child” reeks of the same Ebola outbreak that Grady has seen in his linguistics. But, Ablelba’s other dream gives us a very nice introspective closing for this section:

The dream called Change Your Destiny is a kick in the pants for us. It was there to remind us that we have some predetermined fate. But in this life, we also have choices. What’s our destiny? Do we want to choose our destiny, or just ride the merry-go-round until we die? Ah…getting dizzy!

Positive vs Negative…the battle is on

And now, to put this all into context, we pit Positive and Negative forces together to duke it out on the stage of our collective dreams. Sounds confusing, but its actually rather simple (except only I get to see the batter before it’s stirred).

First up, a word that is extremely high on both sides, strangely enough, is the word false. The way these are arranged, makes a very distinct pattern that becomes a double-edged sword. On the one hand, false flag time is back on the table, BUT, false being heavier on the Negative side represents a double-negative, which is Positive! Ultimately, this means that any falsness becomes standard knowledge. In other words, the status quo will recognize the false flag when it happens.

For those paying attention, they might be scratching the temples going, “I thought only the routine treadmill was on the table…false flag would not be a part of the normal routine.” I’m going to hedge a little bit here, and I know this isn’t fair, but hear me out.

Let’s go ahead and call a spade a spade shall we? A false flag, while it appears that everything is non-routine at the time it happens…is actually very much part of the routine, at least in the grand scheme of things. What’s so non-routine about false flags? It’s not…that is how false flag and routine can be comfortably maintained together.

The other half of the equation isn’t so routine…the public seeing right through the riff-raff on TV. Normally, people are sucked into the propaganda machine. However, the transparency of the false flag will be eye-watering, but it won’t start off that way. Slowly, people will question, and before you know it, you’ll look way out of place believing any of the official story, because the average person won’t/can’t. Then, as we emerge of the dualistic trap on the back side of the Grand Cardinal Cross, we finally get the urge to “go walking” again. Out the door of normalcy, right into our new paradigm. Is everyone ready?

Remember, WHITE is the dominant color in our dreams. Purity, clean slate, grace…remembering that we hold the key to our own destiny. Do we want transparency? Well, guess what is the highest word on our list is? Transparent, and now guess what word was above False on the other side? Waking. It might take awhile, but humanity is waking from its slumber. Patience, my friends…

This week and next expect more of the same, including even possibly a routine false flag. But expect the general public to continue waking up. They will be demanding answers when it happens.

Make sense? Hardly….but that’s what the dreams are saying!