Another unexpected linguistics presented itself with flying colors over the weekend and garnered one of the highest DreamSeer scores to date. The phrase was…

While I was looking for sky aliens to fulfill these linguistics, it turns out that the DreamBot was encouraging me to look for the other variety…the human type of alien (aka immigrant).

This story from CNN is exactly what the lexicon phrase was predicting, and so exactly 11 days from the official release of that DreamForecast (which would be about 14-15 days from the when the bulk of the dreams were happening), this headline appeared, warranting an unprecedented DreamSeer score of 4.8:

(CNN) — Like many immigrant parents of Central American children who cross the U.S.-Mexico border alone, Elva Marroquin Rosales is now in agony over what became of her two small youngsters who dared to enter the United States illegally by crossing Rio Grande River.

For two or three weeks, the Los Angeles area mother heard nothing about her son Angel, 10, and daughter Dulce, 7. It’s a silence many Central American families in the United States endure, wondering for weeks or even months if their child is alive or dead.

Then, Marroquin finally heard word about two weeks ago: she received a phone call from an “immigration” official in Texas who desperately sought the mother’s voice in order to calm her two sobbing children, who were apparently in a detention facility.

At last, Marroquin knew they were at least alive. She soothed her children, but then the June 8 phone call went dead.

“My children were heartbroken, sad, tearful, crying beyond comparison, begging me to take them out of there,” Marroquin, 25, said. “Their begging was so distressing because I couldn’t run to get them.”

Since then, Marroquin has been unable to track down the detention facility in Texas that called her, and now the angst of her children’s absence goes on, day after day. Her son told her a painful rash was stinging his body.

“I wanted to run and tell him, ‘Son, I’m here and you have me here,’ but I simply couldn’t. I cried and asked God to look after them,” said Marroquin, who lives in Rialto, California.

Some people could interpret the words “concerned crying” as describing the alien crying or the person doing the searching crying. In the article above, we have BOTH parties doing the crying, which tightens the DreamSeer score. But it also makes me really start to question the story itself.

I have a VERY hard time with this whole meme of little children supposedly leaving their families to come to the US. This story just happens to be about a family from the country I lived in for awhile during High School…Guatemala.

Let me tell you that the people I lived with while in Guatemala were very well off in the community (in terms of comparative wealth), but even they didn’t have the type of luxury that these Guatemalan kids had. The kids I grew up with would never even think about trying to make a run to the US. No way, Jose. Check out the photo provided by CNN, so you can see what kinds of families these kids are running from… 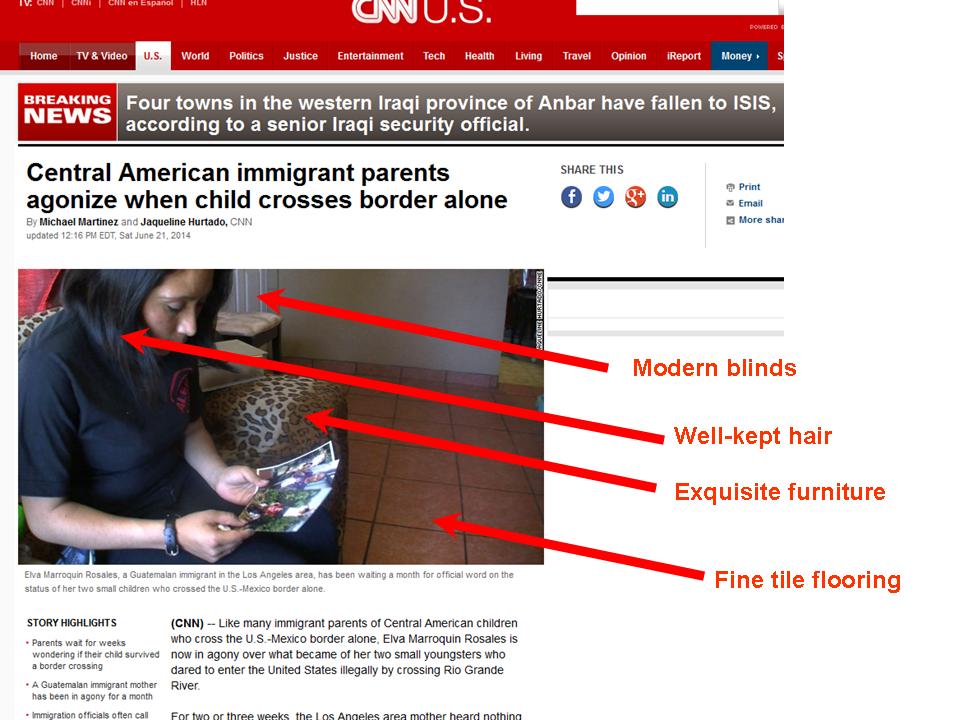 CNN argues that there are lots of kids suddenly leaving their families to run across the border (“over 50,000 children apprehended”). First of all, would a 7 year-old girl really run away from a home and mom like this?

Okay, yes, it depends. Let’s ask another question. Would a 7 year-old girl really leave her mommy and pay a $1000 to get a ferry ride across the massive amount of water to get to an unknown foreign land? Perhaps one or two children might make that journey, but 50,000? I beseech you to extract some common sense here. Perhaps a picture of Central America is warranted so you can see just how far we’re talking about… 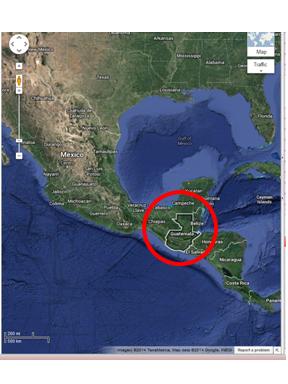 Key in on the very first word of the linguistics phrase….”Missing.”

If we look at the coordinated mass media message for this troubling situation, these kids aren’t “missing,” they purposefully left home to see a better life.

But the DreamBot suggests that all these children did NOT willingly leave home, and were rather taken to these facilities. To me, the DreamBot hypothesis sounds more realistic, especially when a US government contract was established as early as January 2014 for “Escort Services for Unaccompanied Illegal Aliens.”

If you haven’t yet seen this very telling documentation about the covert plan that is definitely playing out right now (5 months from the date of the contract solicitation), then you must take a look at this short film.

In short, the US government was looking for “Juvenile Transport Services” for the contract name of “Escort Services for Unaccompanied Illegal Aliens,” which is a term that was later used in a recent White House press release WITH the quotation marks (i.e., they were referencing a specific contract name!)

The only thing left to discuss is the question of WHY? What’s the agenda behind the fake media front? Unfortunately, the DreamBot doesn’t answer many “why” questions for us, or does it? Keep questioning and stay alert, because the DreamBot also said,

Copyright (c) 2014 Chris McCleary. Except for quotes, all rights reserved.